Degen is a third-person adventure game. Embark on a journey as a prisoner of the astralworld and rescue, together with astral beings as your companions, lost souls from ruin. Use a mysterious degen to move objects and solve puzzles.

Unfortunately I got softlocked by the title screen. Clicking the mouse does not in fact start game, nor seemingly does any key on the keyboard. ' will bring up debug menu, and holding esc will quit, but nothing seems to make it start.

Thank you for your comment and feedback. Have you tried the center mouse button? I will change it to something more
accessable in the next build.

Oh sweet! Yeah, middle click starts the game. You might want to just note that in the description on the game page, it's super not obvious at all that that mouse icon represents a middle click. I've been messing about with it for about an hour or so now, and I like it so far! For my personal taste it's a little too heavy on the 'find shape, walk to other shape' mechanic but the game mostly works and the controls feel pretty nice, Though it would be nice if the aim point for degen was a little above the player character's head instead of directly behind it, and maybe a little longer of a pickup range.  I do have some bugs to note as well:

*In the first 'real' puzzle room, right turn from the atrium, you can take the elevator down while the water is up and walk around under water that isn't drawn with a bridge floating up in the air.

*When I discovered the room with the block tower, I don't remember exactly why, but I already had a circle from the previous room. It went onto the tower like it seems it's supposed to and the blue circle lit up on the tower. I continued with the room and eventually found the blue flowers with one missing. I brought a blue flower over, and a cutscene played spawning two more circles! The blue flower I was carrying was not removed, and the empty space was not filled with a flower. Out of curiosity, I carried one of the circles over to the tower and sure enough, the tower took it. The tower did not visibly change at this point, as it already had the blue circle lit.

*Still, in the room with the block tower, when I raised the water the water didn't render, but the bridge did rise and the cutscene played. The cutscene had water. I then walked across the floating bridge and stepped on the pad to lower the water, to see if it would do it again. Unfortunately, after the cutscene played it never gave me movement control back and I was softlocked (for real this time). I could move the camera and take out and put away my wand, but couldn't walk. I gave it a couple minutes to see if it would work itself out (which it did not) and was able to quit normally.

I might try a second run through at some point and see if I can finish it, but it's kind of a lot of walking around to do it twice in a row. 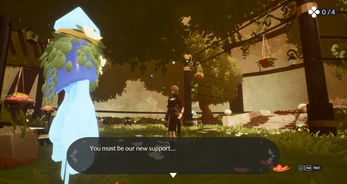 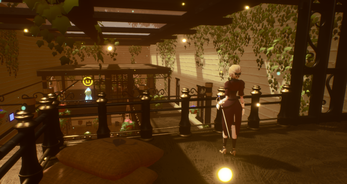 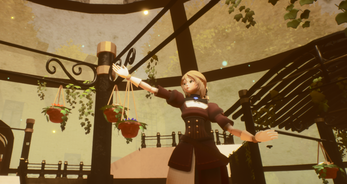 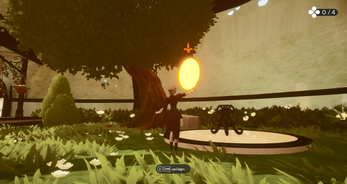 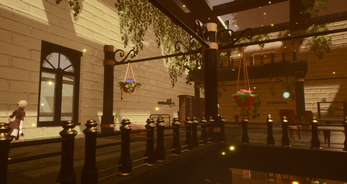 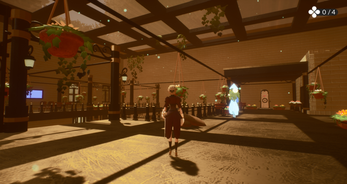 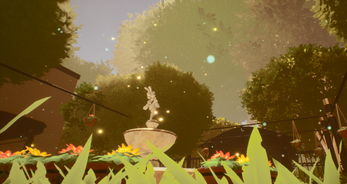